hopefully you find it an improvement

we still have to pretty it up a bit, so please bear with us in that regard

We can connect to the DHL pricing server again

nothing changed on this side as far as I am aware, so I suspect DHL had a major outage over the weekend

apologies for the inconvenience

we are aware that we have an issue with our website, and as a result no shipping rates are currently available

we are working to get this fixed as quickly as we can, hopefully today

i apologise for the inconvenience

for those of you wondering, the production batch of wireless dongles have been made; the Blynk app guys are now integrating our code into their app so we are almost there

We look forward to sharing an exciting 2020 with you - the first thing out of the blocks should be the wireless dongle later this month, which plugs into all LR machines that have the digital pre-infusion module

We hope you have had a refreshing holiday 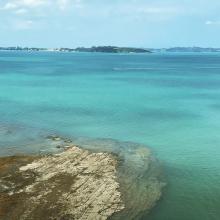 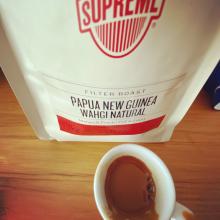 My personal favourite roast of 2019 would be https://coffeesupremeshop.com/products/papua-new-guinea-wahgi-highlands-filter

It has been classified as a filter coffee, but dont let that deter you from buying it as a single origin third wave espresso roast

the flavour notes on the bag are accurate, which isnt always the case, and i award it extra points for being so far from what most people expect a coffee from Papua New Guinea to taste like

this coffee really does have the taste of tropical fruits, there is a lot of complexity and a lot of body; it is sweet and clean; im struggling to think of a criticism

personally i think that any region in the tropics with the right invesment of knowledge and capital has the capability to yield exceptional coffee, and i would like to see this occur in papua new guinea in this coming decade as it is the closest coffee growing to australia and new zealand

we are working on a number of projects that we look forward to offering to you in 2020, so there is a fair bit of anticipation building here

enjoy these days of relaxation, we are around to help if you need support 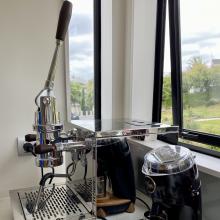 if you just want a coffee grinder for home use with zero rentention and a high quality grind, then i have no hesitation in recommending the Niche Zero; it is peerless at the price point

A customer in the Netherlands writes

so for this customer we only sold him the group so he could upgrade an older machine; this is his story:

Here’s a bit of evaluation. I’m comparing the output of my machine to the way it was with the original bezzera lever group. (It’s old, much older than the Strega, but looks very similar if not identical to the Strega’s group.)

With the old group there was always some injustice going on in the cup. Only rarely did I get the taste I was after. On the rare occasions that I did, it seemed more luck than skill. Often harsh and a bit sour, even when using beans that really shouldn’t have much acidity. So I ended up making milky drinks most of the time.

Damn, what a difference a lever group makes… With the new group it’s right on the money. Every single time.

Surely the Bezzera engineers did a very decent job on the thermal design of the machine. Measuring with a rapid-reaction, high-precision, ultra-thin probe inside the puck the temperature is always nearly perfectly flat (down to 0.1 degrees) during extraction (assuming a proper pre-infusion). (Yes, it messes up the extraction a fair bit, but it’s nice to know the temperature profile during extraction at the point of extraction.) But that didn’t change with the recent makeover.

The paraphernalia I bought in the Londinium store recently (distribution thingy with funnel and the slightly deeper IMS baskets) help. The odd channeling shot that I experienced when I first started using the new group (much less often already than with the old Bezzera group) are now eliminated. Haven’t had one of those since. Kudos on the thingy’s design (and on deciding to make it in the first place).

Also, the Bezzera group had mechanical problems. Don’t know how it happened, but over time the piston rod would get bent. Not in the middle, but where the thick part transitions to the thread on the side of the lever. Never quite figured out how this happened. Longer ago I blamed the odd jaw-breaker manoeuvre (accidentally letting go of the lever without a loaded portafilter being in place). But the piston rod somehow always ended up scraping the sides of the hole in the guiding part on the top of the group, chafing off brass dust that ended up in the top the group. The new group is a different story. Such smooth action.

I won’t use the additional spring anytime soon. In the single spring setup the new group already requires a fair bit of additional force compared to the old one. Clearly the machine wasn’t designed to deal with that. It requires a special, gentle pulling technique to prevent the machine from toppling over forward. But with some minor practice it’s perfectly possible to pull the lever down while keeping the machine on all-fours. (Without having to push the front plate backward with my other hand.) I’d have to weigh the backside of the frame down with a block of tungsten or nail it down to the counter or something if I ever add the second spring.

So in summarising it’s fair to say that I’m very happy with the makeover. Very happy indeed. Thanks again for helping out.

For this roast we settled on a 20g dose with 1.8 bar of pre-infusion pressure

13s until the first drip fell in the cup and then an extraction rate of 1g/s until we had 30g in the cup after 30s more had passed - 10s pre-infusion would be your target, achieved by tamping with slightly less pressure

The coffee is supplied with a very informative brew card, as shown in the image above

Pre-infusion duration: about 15 seconds to the first drip falling, timed from when the pump first turned off after the lever was pulled down

Brew weight: 38g of espresso flowing into the cup in 38s from the time the lever is released (i.e. excluding the pre-infusion time)

Note: the sweetness referred to on the supplied brew card does not present itself until the coffee begins to cool

i ran a number of iterations at a higher dose and pre-infusion pressure with the grinder eased a bit in the pursuit of more body, but for this coffee it didnt really work; the increases to the body are very incremental relative to the increases in dose and pre-infusion pressure and the tradeoff if the taste of the coffee just becomes too intense so i bailed out of that and reverted to the lower 20g dose and 2.0 bar pre-infusion - to do that we would have needed to increase the brew weight and then you end up with quite a different drink from what the roasters envisaged when they set the roast profile